Welcome to Technical University of Cluj-Napoca! 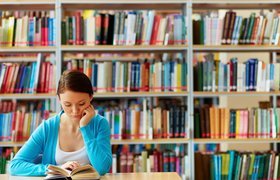 The library of the Technical University of Cluj-Napoca was founded in 1948, on the foundation of the library belonging to the former School of Electromechanics Conductor Engineers.

The evolution of the library activity and services has been positive since its foundation. For instance, between 1948-1977, the number of books increased 96 times, along with the increasing number of users and ordered books. Thus, in 1963, the library held 123,502 items, in 1963 the number grew to 138,835, while in 1978 it had 340,000 items. Currently, the library has approximately 500,000 books. Having an encyclopaedic structure, the collections of the library can cover both the general and the specialized needs of the users.

The activity of the library is run in several locations: the main office (25, Daicoviciu St.), the Mecanica library (103-105, Muncii Bvd.), and the Observator library (Observator St., in the students' campus). In the main office, the services available to the users and the whole library are: information, registration, processing.

In the Technical University there are also 38 specialized departmental libraries that are meant to answer the needs of both the academic staff and the students from those faculties.

The search of the items in the library can be done with the help of the alphabetic and systematic catalogues. The items registered since 1990 can be searched by the ON LINE CATALOGUE at address http://www.utcluj.ro/biblioteca/ or at http://biblio.utcluj.ro/. The Library of the Technical University takes part in co-operation programmes and exchanges of periodicals with 22 Romanian partners and over 30 partners from abroad.

The library of the Technical University also holds a collection of Standards, over 65,000 patents, the Collection of Laws (Monitorul Oficial [The Official Gazette]), and the possibility of electronic search with the help of the LEGIS software. The library comprises the archives department, a multiplication workshop as well as a mini bookshop with publications edited by the U. T. PRES publishing house of the Technical University.

The Library of the North University Centre of Baia Mare dates back to 1961, when the 3-year Pedagogic Programmed Institute was established in Baia Mare. The library is modern now; the number of publications reaches over 200,000 volumes and periodicals in all the fields of interest.

The Library is open in the buildings situated at 76, Victoriei str., where its headquarters are also located, and in 62, Victor Babeş str., while its database can be consulted both in the internal network and online (http://biblioteca.ubm.ro/). Borrowing services and reading services are provided to students and staff in the reading hall with 40 seats. A new library building is to be erected in the near future to offer more seats and better study conditions to those concerned.

Faculties from Technical University of Cluj-Napoca